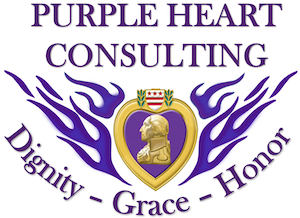 The Four Chaplains –
Lessons on Leadership and Resilience

The Story of Sacrifice

February 3 marks the anniversary of the remarkable sacrifice of four Army chaplains (Foundation 2015). The US Army Transport (USAT) ship Dorchester, loaded with 902 soldiers and crew, was headed for the WWII fight in the European theater. At 12:55 a.m., the Dorchester – only 150 miles from its destination in Greenland – was struck by three torpedoes from a German submarine. The explosions ripped through the hull, killing and wounding scores of soldiers and causing chaos and panic as the lights went out. The survivors clamored in the dark to find their way out of their sleeping berth and into the water when the ship’s captain gave the order to abandon ship. Crippled by the blow and no way to call for help, the Dorchester sank in less than 20 minutes. Of the 902 souls aboard Dorchester, only 230 survived the sinking.

Among those lost on Dorchester were four chaplains: Alexander D. Goode – a Jewish rabbi from Brooklyn, NY; George L. Fox – a Methodist minister from Lewiston, Pennsylvania; Clark V. Poling – a Dutch Reformed pastor from Columbus, OH; and John P. Washington – a Roman Catholic priest from Newark, NJ. When the ship was struck by the torpedoes, the chaplains spread out among the soldiers, succoring the wounded and calming the terrified soldiers clamoring to get out of the burning ship. Survivor Pvt. William Bednar later recalled, “I could hear men crying, pleading, praying. I could also hear the chaplains preaching courage. Their voices were the only thing that kept me going.”” (Foundation 2015).

Surviving crew member Petty Officer John Mahoney told of Rabbi Goode preventing him from going back into the dark ship for gloves in the wintery night: “Never mind,” said Goode as he handed Mahoney a pair of gloves, “I have two pairs” (Foundation 2015). Mahoney later realized that Goode hadn’t had a second pair of gloves; Goode had already decided to stay with the sinking Dorchester and wanted to give Mahoney the chance to live.

After shepherding as many soldiers as possible topside, the four chaplains began handing out lifejackets. In a moment of pure sacrifice, when all of the lifejackets ran out, all four chaplains removed their lifejackets and handed them to four terrified young soldiers. As the last of the survivors entered the water, the chaplains linked arms, braced their backs against the capsizing ship, and began singing and offering prayers as the ship slipped under the water. “It was the finest thing I have seen or hope to see this side of Heaven,” said survivor John Ladd.

For their valor and sacrifice, the four Chaplains were awarded posthumously the Distinguished Service Cross and Purple Heart medal. On January 18, 1961, the United States Congress and President Eisenhower awarded the four chaplains a one-time Special Medal for Heroism, intended as the equivalent of the Medal of Honor (Brinsfield 2014).

The Leadership and Resilience Lesson

The story of the four chaplains is an awe-inspiring example of heroism, sacrifice, and grace in the face of death. Yet there is more we can glean from the story. The four chaplains provided us with a valuable lesson on authentic leadership and resilience. Regardless of where the Dorchester’s survivors’ lives later led them, it is almost certain that they look back at the four chaplains’ unfathomable courage during the chaos as the penultimate example of how to conduct themselves when faced with adversity. Consider the survivors’ words:

“Their voices where the only thing that kept me going.”

“I could also hear the chaplains preaching courage.”

“It was the finest thing I have seen or hope to see this side of heaven.”

What Dorchester survivors Bednar, Ladd, and Mahoney knew – what many combat wounded veterans and survivors of severe adversity know – is that such life-or-death trials become the defining moment in their lives and leadership perspective (Bennis and Thomas 2002, Williams and Allen 2015). Within the context of leadership development and Authentic Leadership theory, such moments are called “crucibles” or “trigger” events (Bennis and Thomas 2002, Cooper, Scandura and Schriesheim 2005). As leadership luminary and combat wounded WWII veteran Warren Bennis noted, “Everyone is tested by life, but only a few extract strength and wisdom from their most trying experiences. They’re the ones we call leaders” (Bennis and Thomas 2002).

Authentic or “crucible” leaders emerge from their trials with four primary leadership traits: self-awareness (the capacity for introspection with clarity); relational transparency (being honest and straightforward with others); balanced processing (weighing opposing viewpoints when deciding issues); and deep moral perspective (an unshakeable sense of core values and ethical principles) (Avolio, et al. 2004). Trauma-inspired crucible leaders – including combat wounded leaders – do not see themselves as victims, but as being given an opportunity to use the life-changing event as a catalyst for giving meaning to their lives through helping others (Andrews 2016, George, Sims and McLean, et al. 2007). Crucible leaders’ life stories serve as a major source of inspiring others, including followers, and providing deep insight into the leaders’ authenticity and moral compass (Bennis and Thomas 2002, George, Sims and McLean, et al. 2007). For combat wounded veterans, there is an overwhelming personal need to honor friends lost in combat by sharing hard-earned wisdom so that others, particularly other veterans and the families of the fallen, may find peace and purpose (Andrews 2016). This deeply ingrained sense of need to help other survivors of the same type of trauma is a foundational element of authentic leadership (Williams and Allen 2015).

Yet it is not just the experience of personal suffering that shapes leaders who use traumatic events as their crucible moment. Many such leaders will point to the sacrifices of others as a primary driver for their new perspectives on life and leadership (Andrews 2016). Tell a combat wounded veteran from any era that they are a “hero” and you will almost invariably receive the reply that “I’m not a hero. The real heroes are the ones who didn’t make it home alive, and their families.” False modesty? An unspoken cultural code of humility among combat wounded veterans? No. Rather, it is a genuine deep sense of obligation that trauma survivors – including combat wounded veterans – often feel to those who sacrificed their lives so that others could live (Andrews 2016, Williams and Allen 2015). The sentiment is poignantly captured in the movie Saving Private Ryan when CPT Miller with his dying breath exhorts Pvt Ryan to “Earn this” – the gift of sacrifice made by the fallen – and decades later as Pvt Ryan asks his family with tears in his eyes if he’s lived a good life (Hanks and Damon 1998).

With the authentic leadership perspective in mind, please look again at the story of the four chaplains. The 230 survivors most assuredly kept the four chaplains – and all 672 soldiers and crew lost with the Dorchester – in their thoughts every day for the rest of their lives. And the reflection is much more granular than just a general thought or prayer to open and close the day. It is a safe bet to say that for the rest of his life, every time that Petty Officer Mahoney donned gloves, he did so with thoughts of Rabbi Goode’s sacrifice in mind. Going out into the cold likely provoked survivors’ memories of the freezing waters of the North Atlantic. The crucible leaders amongst the survivors would use the reflections and memories of severe challenges as a benchmark by which they could develop the resilience to persevere through future adversity. Further, they would use that event – and the story of the four chaplains – as a narrative to inspire and soothe others, particularly other combat wounded veterans and their families.

Many of us who have lived through the severe crucible of trauma strive to become leaders like the four chaplains: metaphorically handing out life jackets to those in need so that they may cling to hope and find courage in the dark, cold waters of adversity. When the survivors reach the shores of safety, they in turn will forever after look at the seas of life and leadership with a newfound perspective. They will look at the waters, seeking out the chaplains who sacrificed their lives, and whisper “I will seek to earn your gift every day. Thank you and may God bless you.”

“It is for us the living, rather, to be dedicated to the unfinished work which they who fought here have thus far so nobly advanced” – Abraham Lincoln, The Gettysburg Address, 1863

Cooper, Cecily D., Terri A. Scandura, and Chester A. Schriesheim. 2005. “Looking forward but learning from our past: Potential challenges to developing authentic leadership theory and authentic leaders.” The Leadership Quarterly 475-493. doi:10.1016/j.leaqua.2005.03.008.

PrevPreviousPost-Traumatic Stress Disorder, Coronavirus, and You – A Framework to Navigate the COVID-19 Crisis
Return to blog entry list
Replay the Intro Video